Dopamine and gamification: the neurotransmitter of the pleasure that makes play motivate us 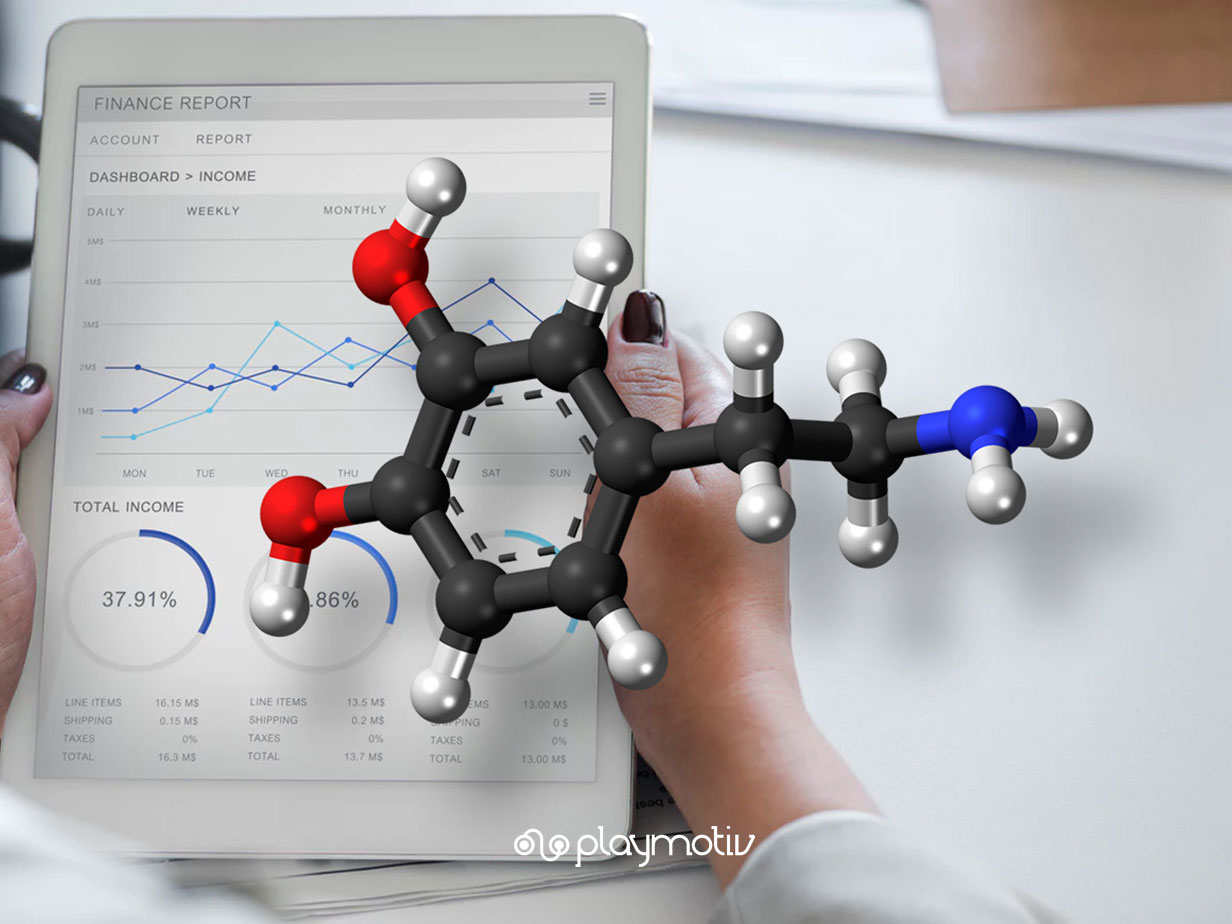 Have you ever heard about dopamine? It’s a neurotransmitter closely related to pleasure and it can affect our daily performance and how we face different types of tasks. Gamification can help to manage the production of dopamine, in the following we will explain everything this neurotransmitter can do for the productivity of your employees. Will you join us?

Do you remember the powerful feeling when you achieved a goal? It could mean closing an important contract or winning a difficult level in a video game, by accomplishing these challenges a flow of satisfaction goes through your body and it fills you with energy and happiness. It’s true, right? It is caused by dopamine. Dopamine is a neurotransmitter in the center of the nervous system considered the principal responsible of the brain’s pleasure. Segregated by pleasant situations, it inducts the rise of our cardiac pressure in order to produce a sensation of physical pleasure. This way the body deindexes the conduct that has been produced by this complacent sensation, increasing the motivation and the desire to achieve it. The segregation of dopamine is associated to attention and concentration, apart from movements, memory and learning.

Games are authentic dopamine loops, as the brain secretes both in the face of challenge and achievement. This is the very reason why playing games is so appealing.

What dopamine does in your body?

The liberation of dopamine is produced in an area of the brain known as “reward circuits”. This conglomerate neuronal connection (circuit neuronal) is in charge of the sensation of pleasure that makes us to repeat an action or a certain behavior and, in consequences, acquiring it as part of our behavior. This reward system is a tool developed by our brain through evolution to reassure the survival of our species (it is directly linked to the satisfactory of primary needs just as alimentation and sex) and it functions as an unconscious alley or compass to help us respond before new situations. If they result in producing pleasure we respond by redounding them, if not, we avoid them.

When you use gamification you establish clear and realist goals, easy to accomplish. By achieving it your body rewards you with dopamine, which makes you feel better and more motivated. Motivation prompts you to keep challenging yourself… and your productivity increases. In gamification, dopamine boosts 3 demeanors:

It can interest you: Team Management: Do you want them to give them all? We give you 4 ideas how to make them do it happy

What dopamine can and (can’t) achieve in gamification

Apart from boosting the motivation- which translates into improved productivity and performance–, gamifying in a professional environment strengthens other positive dynamics associated directly to dopamine.

Sensation of independency and autonomy

Participating in gamification is not an obligation but a voluntary decision, it increases the interest and the motivation of being part of an experience. Both sensations are directly associated to the segregation of dopamine.

Sensation of renewing tasks and the valuation of its improvement

The brain releases more dopamine when faced with new experiences rather than with repetitive ones, so associating professional tasks with new goals (even if they are fictitious) renews them and makes them more valuable and attractive.

Sensation of risk and competition

For the brain, the sensation of risk or challenge in a safe environment like a game is enjoyable. A part of this risk has to do with the possibility that others can get it right or better than us, in others words, with competition. As a result, risk and competition in gamification boosts the segregation of dopamine and, in consequences it boosts pleasure as well, for carrying out the suggested tasks of the game. It is very important to keep in mind that gamification itself is not as effective when the planned goals are far too ambitious or implemented for long-term. It won’t function either if these goals are not in alley with the real interest of the player. Gamification is an excellent alley for specific, affordable, evaluable, desired and for short-term goals.

The experience of Playmotiv at the service of your goals

At Playmotiv, we can not measure the dopamine increase in the brain of our players, but we can convert them into productivity. Through our gamifications we have increased sales up to 20%, participation rates over 70%, and a general game valuation over 9,5. It creates satisfaction among participants and a satisfaction inside the organization. In other words, lots of dopamine.

¿Do you want a free customized DEMO for your business? Tell us about your project 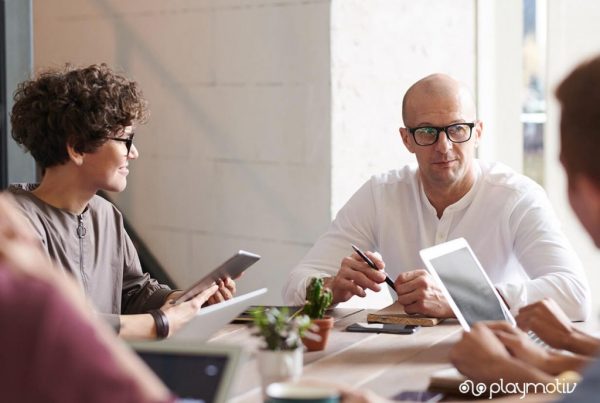 How to manage a sales team and be a great leader

How to motivate employees in times of Coronavirus

Product release. Use gamification to succeed.